The African we want, Africa that is fit for its Children

The ACERWC holds Ordinary Session twice a year: March or April and November. Ordinary Session is the venue where States parties’ reports, CSOs complementary reports, communications, request for investigation and other requests submitted before the Committee are being examined.

The Conference is held to enable discussion on the achievements, challenges and recommendation of how we can collectively progress the well-being of an African child.

With the committee members present, different thematic topics were discussed during both the open and closed sessions of the conference to spearhead the holistic growth and development of the child.

The session had presentation from States Parties; reports from Mauritania and Guinea Bissau, presentation on RECs in enhancing child protection, creating synergies in addressing the socio-economic impacts of children affected by armed conflict, the CSO report, Saleema Initiative presentation and many other state reports. The Committee also held a Day of General Discussion. 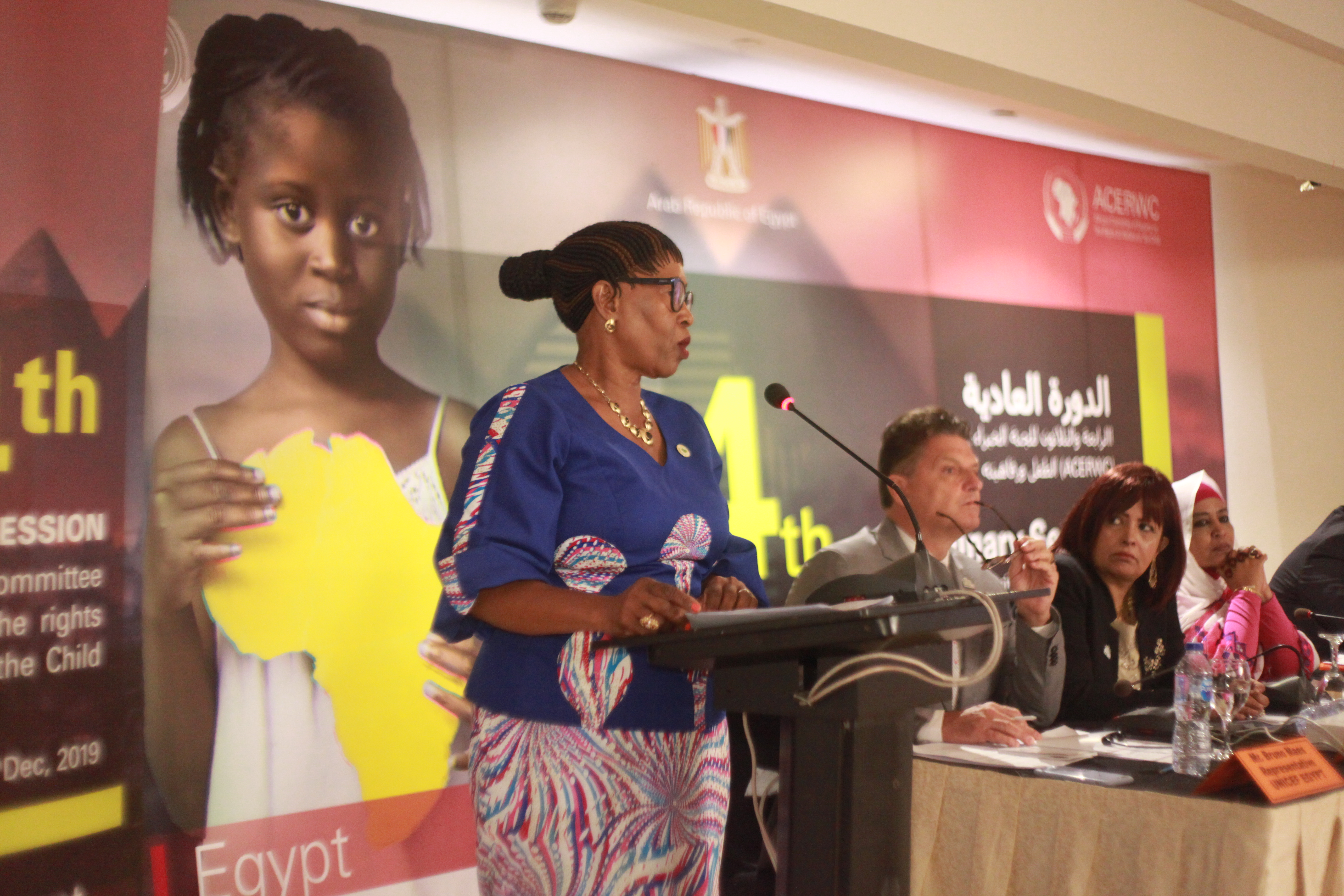 With lengthy full discussion of reports from Guinea Bissau, Mauritania and Kenya questions were raised and recommendations were made on how certain issues can be approached.

It was noted with concern that we still have a major role to play in enhancing child protection mechanisms. We are still deeply affected by political and socio-economic aspects, cultural/traditional and developmental circumstances, natural disasters, armed conflicts, exploitation and hunger, which all narrow down on the account of the child’s well-being.

With a clear recognition of these vices the committee in alignment with the charter is set to ensure it comes to terms with how we Africans can collectively help improve safeguarding measures for our children and how member states should respond to different situations and come up with recommendations to curb them even as the charter turns 30 next year. 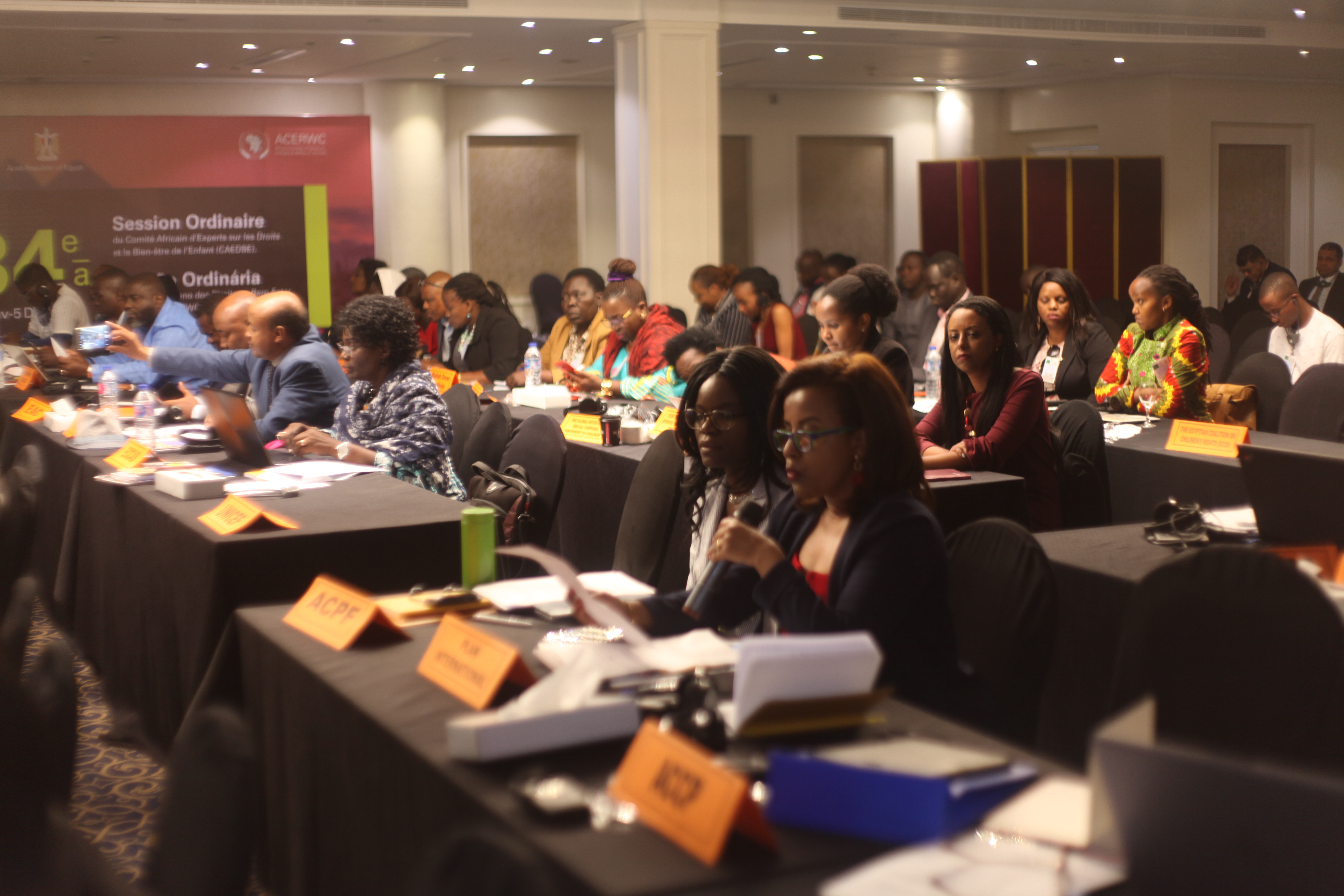 If we cannot initiate conversation from grass root level then we might be failing as a continent to secure the future of our children. Everyone needs to understand that the lives of our children are at stake if we don’t uphold the decency to care for them.

Africa’s population hold about 60% of youth and children, which clearly outlines that we are the future generation and the future is in our hands. The child occupies a unique and privileged position in the African society and if we want to achieve full and harmonious development of their growth we have to let them grow in a family environment filled with happiness, love, understanding for them to realize their full potential.

Taking into account the virtues of their cultural heritage, historical background and the values of the African civilization, it should inspire and characterize its reflection on the concept of the rights and welfare of the child.

During the 2019, ACERWC 34th ordinary session in Egypt, Cairo a statement of emergency was released stating that by the year 2050, 40% of the world’s birth will be happening in the African Continent. Which means that Africa will be a home to 37% of the world’s children.

By the end of the 21st century, 40% of the world’s population will live in  African (UNICEF 2014). Currently African households have the highest child dependency in ratio in the world.

Life expectancy for African children has risen but still shorter than the global average. Three out of ten of Africa’s children are currently living in fragile and conflict affected environments (UNICEF 2014) and this has a major influence on the violence against children and the continent.

The committee recognise that children require particular care in regards to health- physical and mental care, moral and social development and are entitled to legal and political protection in condition of freedom, dignity and security.

As the charter celebrates its 30th anniversary, it is in hopes that the few states that have not ratified the charter will do so to enable progress on the well-being of the child and all recommendations given by the committee will be implement for a holistic growth and development of the African child.

My Voice, the Africa We Want